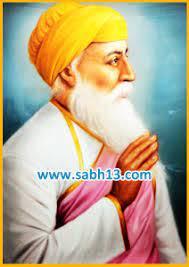 Baba Sobha Singh Ji (Anandpur Sahib) was given the duties of this institution upon the heavenly abode of Bhai Daya Singh Ji. Baba Ji was very high-spirited Sikh. While taking care of Anandpur Sahib, he fulfilled all his duties. He has done Darshan of many Singh Shaheeds like Baba Deep Singh Ji and Baba Banda Singh Bahadur Ji.

One day Baba Sobha Singh Ji pleaded at the feet of Guru Gobind Singh Ji for Amrit. Guru Gobind Singh Ji replied, “I myself have taken Amrit from Five Beloved Ones. You should stop thinking about any new Mantara. Do meditation, recite sacred hymns and do selfless service (Seva) which will help you in following the right path in life. And if you want to take Amrit, you should go to Bhai Daya Singh Ji.”

Baba Sobha Singh Ji got the knowledge from Bhai Daya Singh Ji that the way of the Shabad-Surt is Satsangat (company of holy people) and seva (selfless service). The Langar arrangements must be conserved for the Sangat and one must be acknowledged with the other’s pain as if they are their own so as to get rid of it. Baba Sobha Singh Ji after listening to Bhai Daya Singh Ji’s teachings folded his hands humbly in front of him and said, “Mahapurusho! Blessed is Guru Gobing Singh Sahib Ji and blessed are you Bhai Daya Singh Ji who tried to follow the true teachings of Guru Gobind Singh Ji. You have done Darshan of true Guru and contain the same qualities. Das will try to uplift the messages, teachings and philosophy that you blessed me with. These teachings shall never be forgotten by me. ”

After the heavenly abode of Guru Gobind Singh Ji and Bhai Daya Singh Ji, Baba Sobha Singh Ji along with local Sikhs has done Seva of Anandpur Sahib Ji. With the continuation of restoration work of Anadpu Sahib Ji Baba Sobha Singh Ji became famous among the Sikh community. Thousands of Sikhs would come to Baba Ji in order to seek meditation and blessings. Sikh Sangat would consider Baba Ji as treatment of sorrows and pains.

Once a man possessed by a demon was brought to Baba Sobha Singh Ji. This man has not even reached the complex of Gurudwaara Anandpur Sahib, he started saying that, “Please don’t take me to such a high spiritual being. I am nothing in front of his powers and i won’t be able to respond in front of him.”

On listening to all this Baba Ji asked who had come. The demon inside the man replied that, “I am the grandson of the demon of Bathinda.”   Having heard this Baba Sobha Singh Ji was highly enraged. Baba Ji have seen him Guru Tegh Bahadur Ji taking this demon out of a person. Baba Sobha Singh Ji said in a trembling voice, “I do remember you. If you are the grandson of the demon that was taken out, then I am the grandson of Guru Tegh Bahadur Ji. Let us see how strong you maintain yourself are?”  The man possessed by the demon became unconscious and fell down on the floor. The man was reformed.

Baba Sobha Singh Ji Sodhi had cured and destroyed the pain of many devotees and Sikhs. It’s commonly accepted amongst members of the Sodhi Clan around Sri Anandpur Sahib that Baba Sobha Singh Ji was one of the greatest men to have taken birth in the Sodhi Clan. They would give by their hands and wish for the well-being of others. Baba Ji devoted their whole life into helping others and performing Par-Upkaar. Baba Ji inspired 1000′s to take Amrit and join with the Guru – Sri Guru Granth Sahib Ji. It was through the seva of the Sangat and the Guru-Ghar that Baba Ji’s amazing life on the earth would come to an end.